After my second extruder broke an idea came to me that I think is pretty original. I don't think I've seen an extruder designed like this before. I took some 1 inch diameter PTFE rod I ordered a while back and some aluminum square and made the following parts. If this design is able to hold together over time I will post it to the reprap wiki. 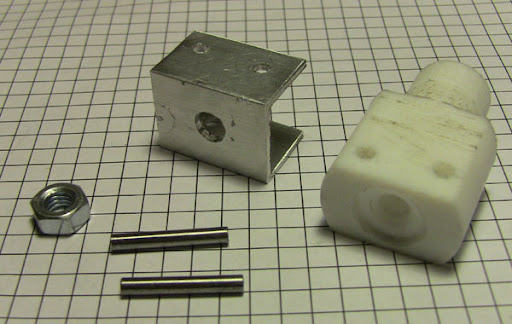 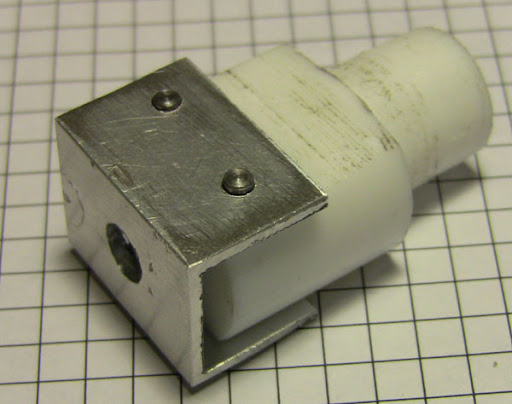 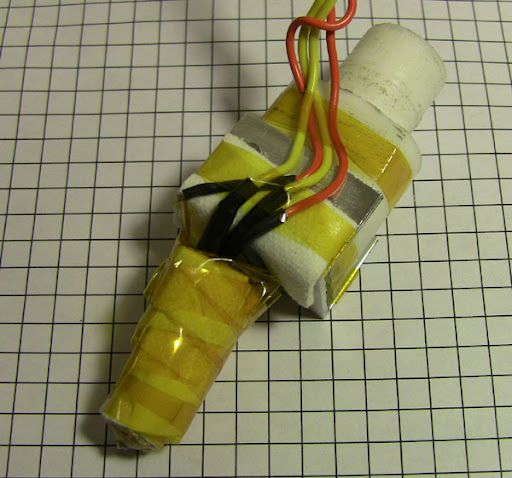 The benefit this design has over the last one I tried is that in order for the hot end to push out it would have to pull the two steel rods through the PTFE. I don't think this will happen. A benefit of this design over my first design is that the only part that comes into contact with the PLA drive mechanism is PTFE. Because of this I don't think it will melt out.

The first print worked beautifully, but then it failed because of the firmware! I had to completely disassemble the extruder to remove the clog due to the PID algorithm in the firmware allowing the hot end to spike over 300 degrees Celsius. It's suppose to keep it regulated at 190 Celsius. 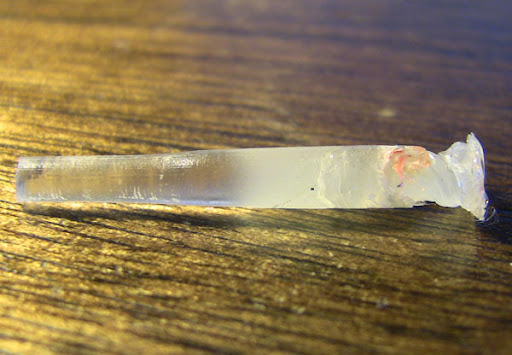 This design is not easy to take apart, but I don't know one that is. I'm now under the impression that some of my other designs could have been fine, but that it was the firmware that allowed the extruder designs to get too hot.
Posted by gavilan at 1:16 PM

Email ThisBlogThis!Share to TwitterShare to FacebookShare to Pinterest
Labels: RepRap